We have a bold new vision for the downtown riverfront in the Bold City!

The establishment of the Jacksonville Naval Museum (JNM) and WE NEED YOUR HELP! The Jacksonville Historic Naval Ship Association (JHNSA) is finalizing the acquisition of the museum-ship the ex-USS Orleck. We estimate her arrival to be in early Spring 2022. The ship will become the JNM center piece & will be known as the “US NAVY COLD WAR EXPERIENCE”.

The museum would hold historical & STEM education opportunities to younger generations of residents & be a center point for school field trips, to college ROTC & high school JROTCs, Boy scouts, & other youth groups. Other groups like Naval Reunions and Navy Balls, Galas, & Leadership symposiums can be held at the museum. Future visions include a Park near the ship that would create a beautiful green space along the river. The possibilities are endless!

Jacksonville owns the 3rd largest concentration of US Navy in the nation, but does not have a Naval M useum while smaller Naval towns like do. With over 183 total Navy commands & an economic impact of $9.89 billion & 85,886 jobs (DEC 2017 study), & the JNM’s ~economic impact of $31 million, this should be an easy decision for the City of Jacksonville(COJ) to make & support this great project! 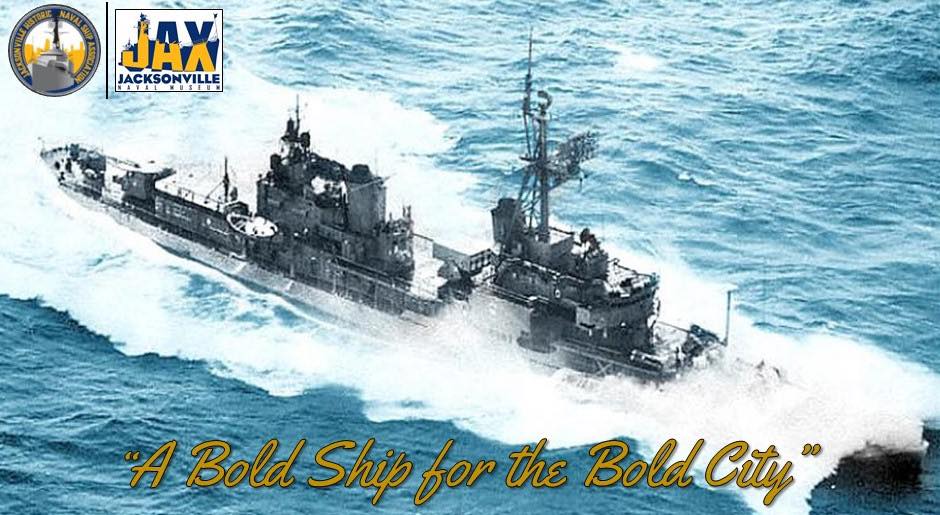 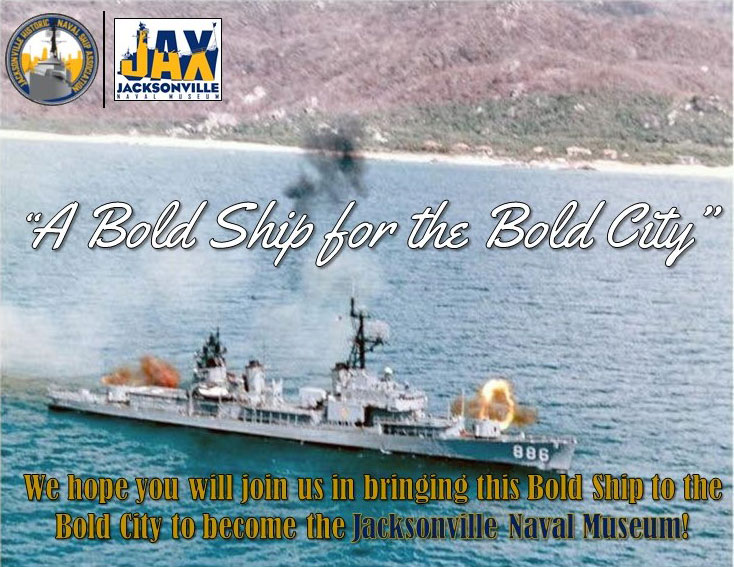 What we will need from the City of Jacksonville is support and renewed permits and leasing agreements for the pier and land. The funding support will be used to complete the work to prepare the area for the Or/eek to be moored to, a small administration and ticketing office building, parking lot construction, and other safety and general construction.

We feel it is time.

We’re ready for it and we need your support! 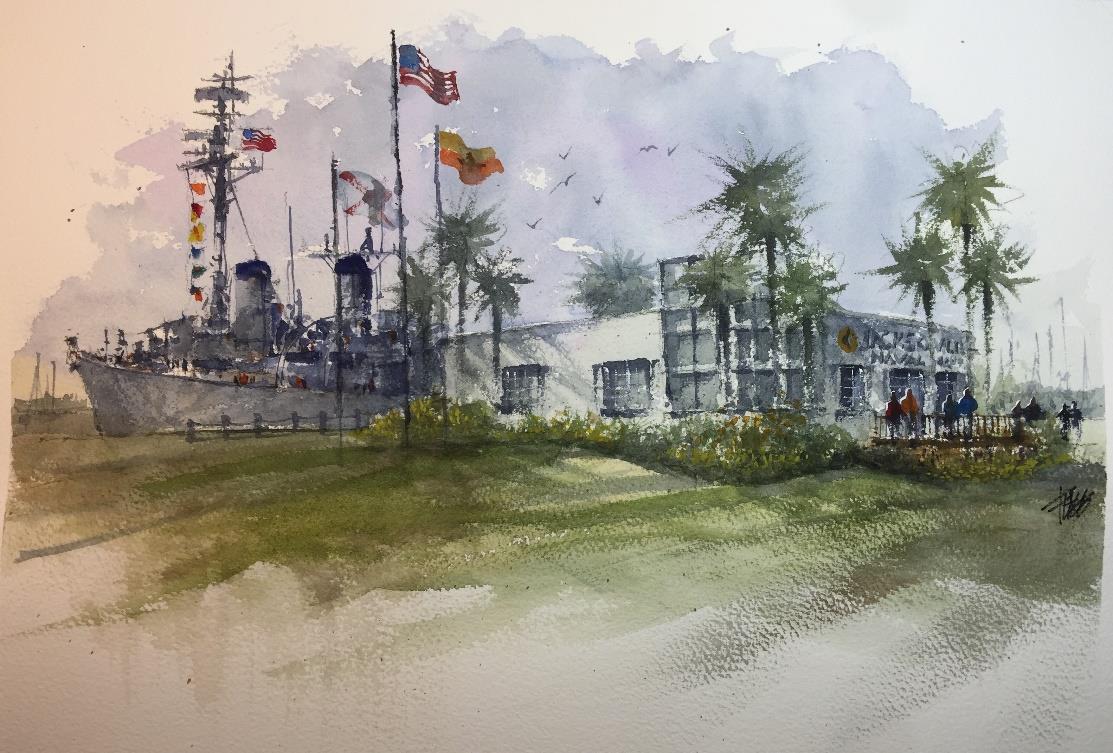