USS Orleck To Arrive in Jacksonville on 26 March

Jacksonville, Florida – The most decorated Gearing Class Destroyer, the USS Orleck is expected to arrive to downtown Jacksonville on Saturday, the 26th of March. The estimated time of arrival to the St. John’s River channel entrance is 7am. The transit from the Atlantic to downtown Jacksonville is expected to take four to six hours with an estimated time of arrival to downtown as early as 11:30am. Depending on river shipping traffic and currents, the Orleck could arrive as late as 2:30pm.

“Since taking office, my administration has been committed to developing Downtown and creating a lasting impact on Jacksonville’s skyline,” said Mayor Lenny Curry. “The U.S.S. Orleck and Jacksonville Naval Museum will serve as a valuable addition as we continue to grow Downtown into a premier destination.”

The Orleck’s temporary mooring will be at the Jacksonville Riverwalk near the Hyatt Regency Jacksonville Riverfront hotel. Visitors wishing to view the mooring event will be able to find parking at the VyStar Tower garage located at 37 Hogan Street South. The parking garage hours will be 10am to 8pm. There is additional street and garage parking facilities located throughout the surrounding areas. Boaters are welcome to parade in the Orleck, but we kindly ask you to keep a respectful speed and wide distance from the tug boats and ship operations.

The Jacksonville Historic Naval Ship Association (JHNSA) would like to thank the City of Jacksonville, the Mayor’s Office, the Downtown Investment Authority (DIA), and the Jacksonville Parks, Recreation, and Community Services Department. Their great combined efforts have helped us reach this major milestone to bring the USS Orleck to downtown. Further thanks go to City Council who voted unanimously last year to approve the ship to come to Jacksonville. We also give countless thanks to our official credit union, VyStar Credit Union, for their steadfast support of our museum project and the entire Jacksonville community!

“VyStar Credit Union is proud to support the Jacksonville Naval Museum in bringing the USS Orleck to Northeast Florida. Having this historic ship on the bank of the St. Johns River in downtown Jacksonville will honor and celebrate our community’s military heritage and serve as a world-class destination for people of all ages. We are grateful for the efforts of the many individuals who worked on this transformative project. This is a proud moment for our community,” said VyStar President/CEO Brian Wolfburg.”

After a very successful preservation period at the Gulf Copper and Manufacturing Corporation, in Port Arthur, TX, the ship departed late on 17 March, 2022. The staff of Gulf Copper have done great work to restore and preserve the historic warship. The tow was carried out by Smith Maritime, of Green Cove Springs. Smith Maritime used their tug, Elsbeth III that is Captained by Wallace Milham for the main pull from Texas. Once the Orleck is in Jacksonville, the JHNSA will continue to prepare the museum ship for visitors opening as the Jacksonville Naval Museum, with the Orleck being the center piece. The goal is to open the ship in June to help celebrate the city’s Bicentennial founding.

The shipyard work completed went beyond expectations with increasing the ship’s life expectancy to a minimum of 15 years. Original estimates were at 10 years. This was accomplished with doubler plates – steel plates welded over all underwater hull openings as well at several thin hull locations. A special marine protection paint compound of Jotun Marine Coatings was also applied in several layers to create an impenetrable water tight hull. The ship looks nearly brand new and almost unrecognizable from the bright new paint work.

This level of restoration and preservation has added cost. Pre-Covid estimates were at $1.3 million and increased to $1.8 million after labor and material cost increases. Additionally, 2020’s Hurricane Laura caused at least $250,000 worth of damage that added to the overall work cost. In total, the cost finished at $2.05 million. Further costs are in store, with the tow from Texas and additional work to be done to fully setup the pier and prepare the ship to open up as a museum.

The JHNSA is grateful to have received a $100,000 donation in October of 2021 from an out of state Navy Gearing Class Veteran and another $160,000 from a local Jaxson, who also served on a Gearing Class ship as a Navy Supply Corps Officer. Several JHNSA members have also stepped up to make large loans or gifts to the association. JHNSA is in need of more donations and corporate sponsorships, which can be done at the following location: https://www.jaxnavalmuseum.org/donate/.

Bringing the ship to downtown and creating the Jacksonville Naval Museum is a monumental undertaking, and we can never thank our supporters enough! We ask our local community to continue to support us in any way possible: donate to this worthy cause, share the news of the ship museum coming, visit the museum once we are open, volunteer with us for the variety of positions that will be available, or purchase memberships to the museum. Memberships can now be purchased on our website!

The Jacksonville Naval Museum will honor past generations of Veterans and inspire future Patriots through STEM plus history and arts education opportunities. The museum will serve as a gathering place for naval associations, ship crew reunions, and military conventions while supporting Veterans as a local resource and networking center. Future initiatives can include overnight stays onboard the ship from youth groups, a Tall Ships Festival or Navy Fleet Week, and other themed events all to activate the riverfront. The museum will help spur an increase in local and tourist visitation to downtown Jacksonville.

The Jacksonville Naval Museum will feature the “US Navy Cold War Experience”, which is represented by the ex-USS Orleck. The Orleck embodies the Korean War, Vietnam War, and Cold War periods in US Navy history having served in all three. Having such a long and prolific service history the Orleck is the most decorated post-World War II ship ever built and was awarded 18 battle stars. After the Orleck’s US Naval service, she was transferred to the Turkish Navy and renamed the Yüctepe (D 345). She continued to serve until being transferred back to the United States in August of 2000 to become a museum ship. 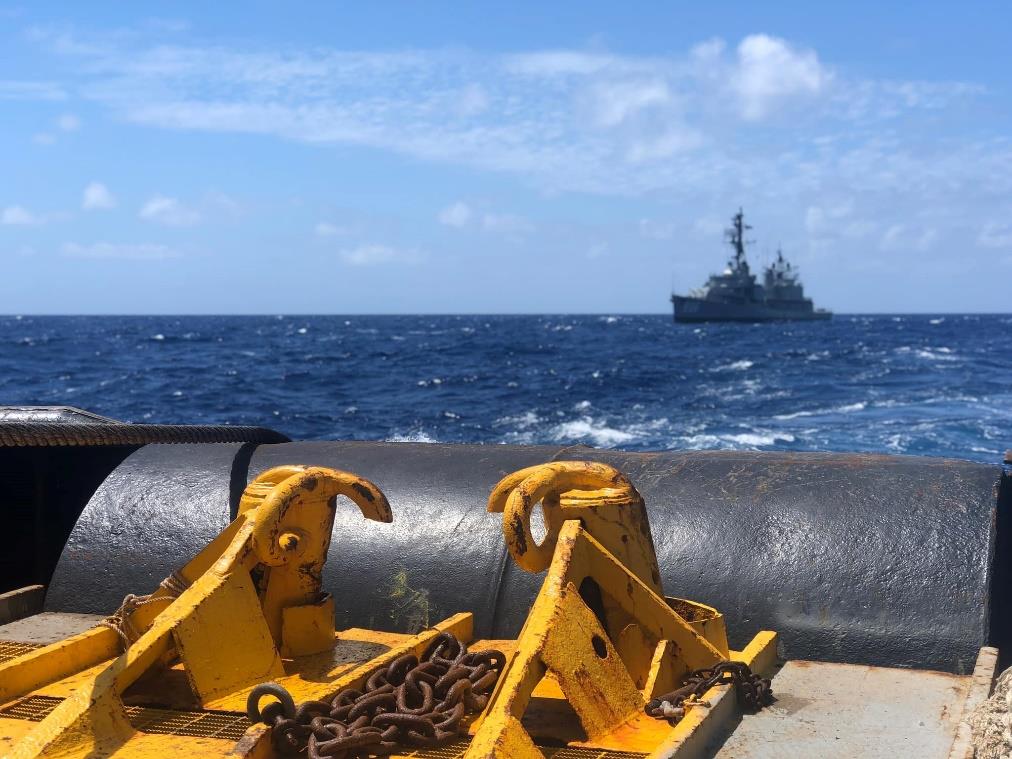 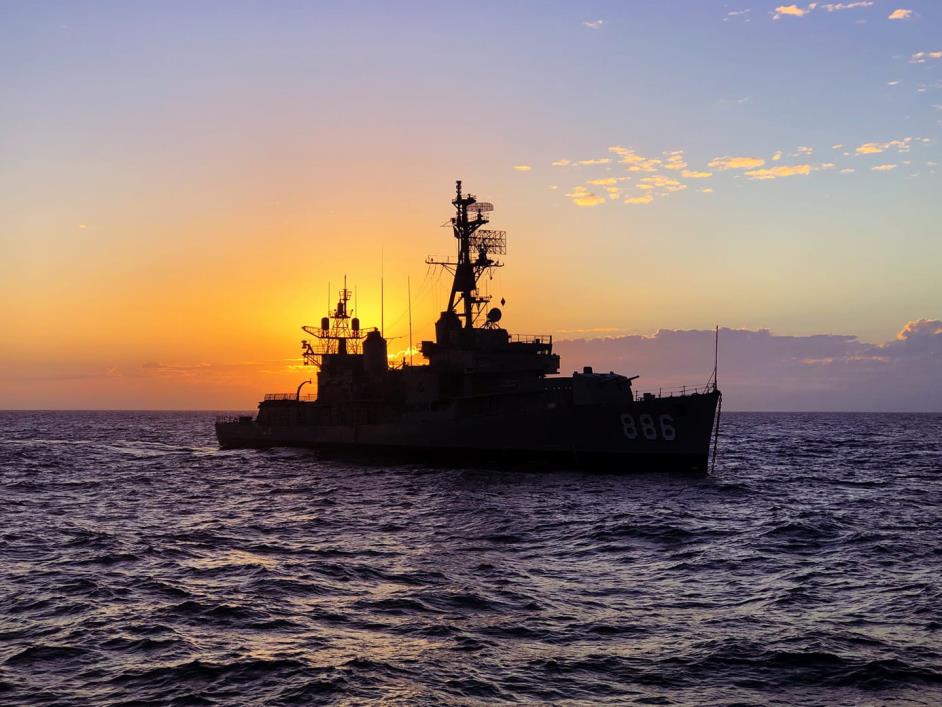 • Donation (check via mail): Please make checks out to “JHNSA”

INFORMATION REGARDING THE EX-USS ORLECK:

• Named after Navy Lieutenant Joseph Orleck, Commanding Officer of USS Nauset, who was killed in action on 9 September, 1943 during World War II and posthumously award the Navy Cross.

• Nicknamed the “Grey Ghost of the Vietnam Coast” 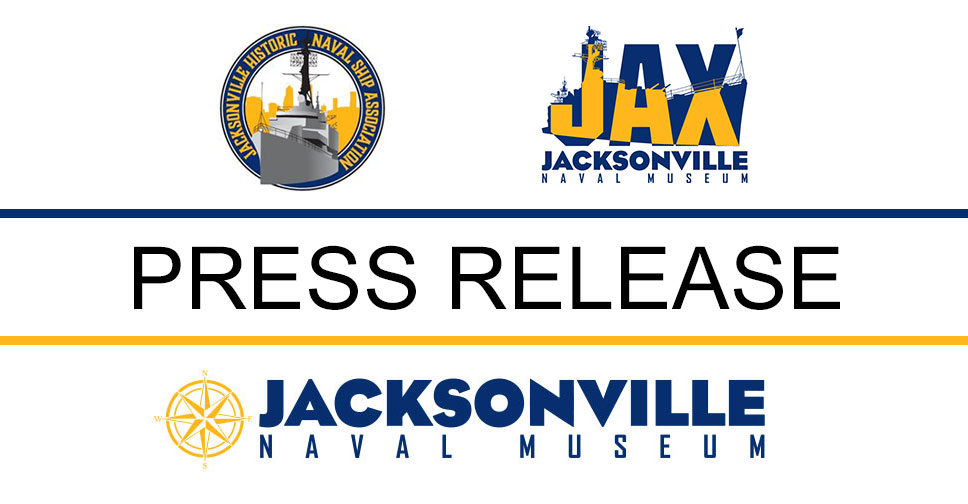